Find out more about the background to the Human Rights situation in Guatemala with one of our special reports. 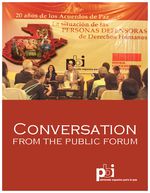 Conversation from the public forum: 20 years since the signing of the Peace Accords, the situation of human rights defenders

On the twentieth anniversary of the signing of the Peace Accords in Guatemala, with support from Rosa Luxemburg Stiftung, we host a public forum to discuss the current situation of human rights defenders. The event covered topics like the advances made in recent years, to challenges of the past, present and future. The activity took place on October 5, 2016 with the participation of Rosalina Tuyuc, Andrea Ixchíu, Marcos Ramírez, Yuri Melini and Anabella Sibrián as the moderator. This document reflects the minutes from that conversation. As an introductions to this topic, we include an essay: From enemy to partner? Changes in the States’ conceptualization of civil society actors as an element of guarantees of non-repetition in Guatemala. This essay speaks of the role of civil society and of people who defend the Peace Accords as well as how public policy and legal framework created to provide (or not) space to exercise citizenship in Guatemala. With this publication we hope to contribute to the discussion on the state of the Peace Accords 20 years after signing of them.

Conversation from the public forum: 20 years since the signing of the Peace Accords, the situation of human rights defenders (pdf 1.6 MB) 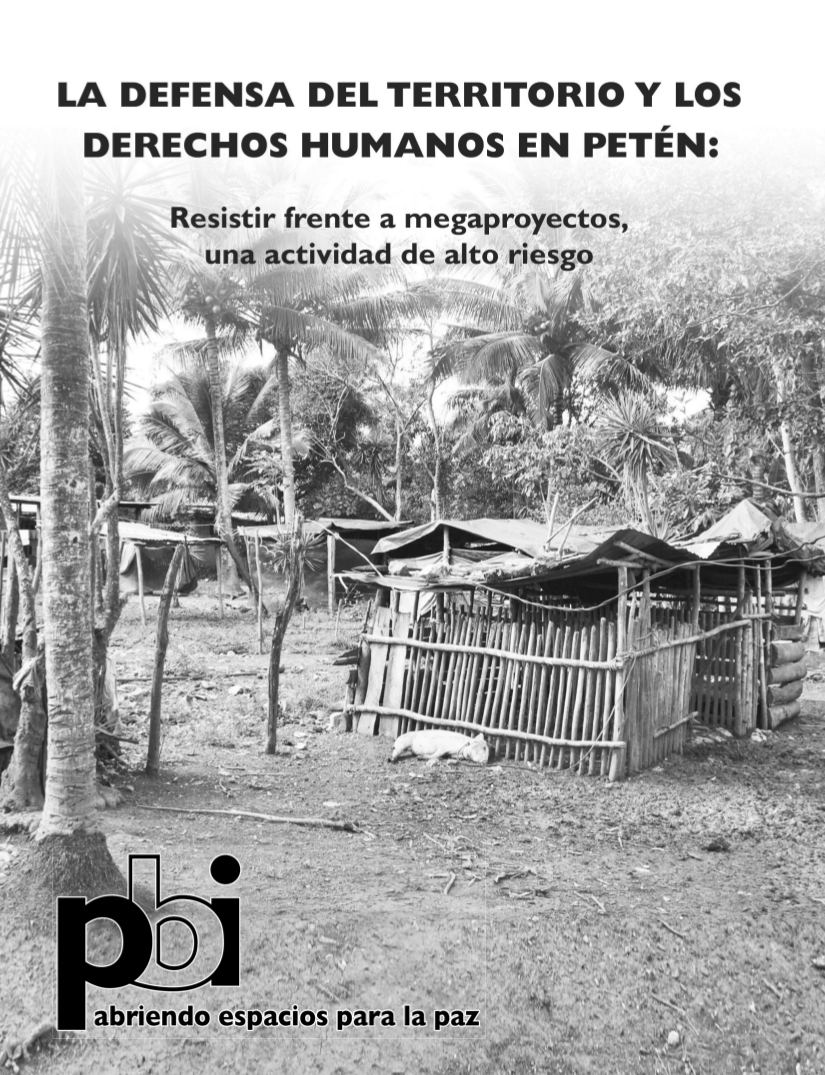 This article aims to raise the profile of struggles and community resistance in defence of economic, social, cultural and environmental rights, in defence of life and the land in the face of state policies and extractivist mega projects implemented without free, prior and informed consultation of the affected communities. The article also wants to show the situation and challenges that human rights defenders face. 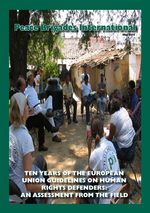 PBI - Ten years of the European Union Guidelines on Human Rights Defenders: An assessment from the field

In June 2004, the EU General Affairs Council (EU) adopted the European Union Guidelines on Human Rights Defenders. These Guidelines, which build on the United Nations’ Declaration on Human Rights Defenders, recognise that human rights defenders (HRDs) often face a specific risk because of their work in defending and promoting human rights. The Guidelines include advice and suggestions aimed at the various EU bodies, its Member States, and especially its Missions or Embassies, to protect, support and reinforce the work of HRDs in third countries. They suggest specific actions (visits, meetings, acts of public recognition, observation of trials, political démarches, etc.) to assist threatened HRDs in any country. Peace Brigades International (PBI) has been present in the debate and the formulation of proposed EU protection mechanisms since before the Guidelines. Since 2004, PBI has regularly referred to the Guidelines, asking EU Missions and Delegations to the countries where PBI has or has had projects to take actions to protect the HRDs we accompany. In the field, we have noted a range of responses given by the EU and its Member States, and we have been able to analyse the Guidelines’ implementation through our accompaniment to HRDs and the dialogue we have maintained with Embassies and the EU. It is the objective of this report to share good practices so they can be replicated in other contexts, and to highlight the challenges that still need to be faced, always from the perspective of working towards a better implementation of the Guidelines in the field.

PBI - Ten years of the European Union Guidelines on Human Rights Defenders: An assessment from the field (pdf 1.7 MB) 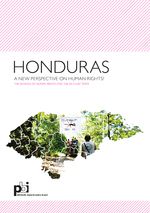 Honduras - A new perspective on human rights? The defence of human rights and the 2013 elections

In this new report, PBI Honduras aims to provide an update on the situation of vulnerability and risks faced by human rights defenders within the context of the November 24 2013 elections and the continuing deterioration in the space for human rights work. We will highlight this situation by referring to specific cases that best demonstrate what is happening.

Honduras - A new perspective on human rights? The defence of human rights and the 2013 elections (pdf 1.2 MB) 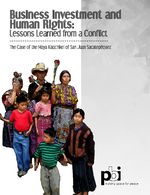 Business Investment and Human Rights: Lessons Learned from a Conflict - The case of San Juan Sacatepéquez

The aim of the present study is to document and analyze the conflict that began in 2006 and continues today in San Juan Sacatepéquez. Such analysis can help find ways to prevent violence in similar situations. This conflict began with the arrival of Cementos Progreso S.A. (CEMPRO) and its plans to establish a quarry, build a cement plant and a new road. Productos Mineros S.A., a subsidiary of CEMPRO, holds an 80% stake in the aforementioned project, while the Swiss multinational Holcim holds the other 20%. We hope that this study will help to identify new ways to break the stalemate and prevent this and similar conflicts from escalating. 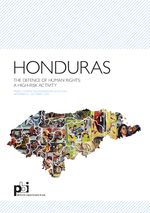 Since the coup d’état took place in Honduras on June 28, 2009, Peace Brigades International (PBI) has followed with growing concern the serious deterioration of space for the defence of human rights faced by organisations, communities and human rights defenders in the country. In response to a request for international accompaniment from the National Human Rights Platform of Honduras (Plataforma de Derechos Humanos de Honduras), PBI made a first visit to the country in May 2011 to verify the human rights situation. Subsequently, after a period of intensive analysis within the organisation, PBI decided to evaluate the feasibility of opening an international accompaniment project in this country and, in the months of September and October 2012, carried out a second visit with this objective. This report is the result of research carried out during this exploration phase. With the aim of contributing to an improvement in the conditions in which individuals, groups and communities exercise their right to defend human rights in Honduras, PBI has systematized some of the recommendations issued by international bodies in order to highlight the importance of their fulfilment. Furthermore, based on the information gathered and experience gained over the last 30 years working in other countries in the region, we believe it is important to remind the international community of the urgent need to strengthen international mechanisms for the protection of human rights defenders in Honduras. 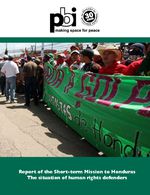 Full Report of the Short-term Mission to Honduras

Since the coup d’état in Honduras on June 28, 2009, Peace Brigades International (PBI) has followed the deteriorating security situation for human rights defenders (hereinafter HRDs) in that country with increasing concern. In July of 2010, PBI received a formal petition from the National Human Rights Platform of Honduras, requesting that the organisation establish an interna tional accompaniment and observation project in the country as a result of the lack of guarantees of protection for those persons working to defend human rights.

Full Report of the Short-term Mission to Honduras (pdf 0.9 MB) 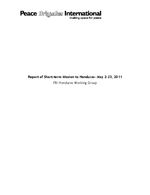 Since the coup d’etat that occurred in Honduras on June 28, 2009, Peace Brigades International (PBI) has followed the deteriorating security situation for human rights defenders in that country with increasing concern. There have been constant reports of selective assassinations, threats, forced disappearances, torture, and general harassment against members of the diverse and active Honduran civil society, underscoring the dangerous environment that human rights defenders have had to withstand during and after the coup.
In July of 2010, PBI received a formal request from the National Human Rights Platform of Honduras, requesting that our organisation establish an international accompaniment and observation project in the country as a result of the lack of guarantees of protection for those persons working to defend human rights. PBI made the decision to form a working group of international observers who would carry out a short-term mission to Honduras in 2011. This report covers the outcome of that mission. 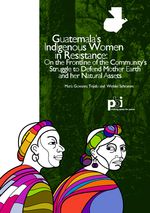 Guatemala's Indigenous Women in Resistance: On the frontline of the communities struggle to defend mother earth and her natural resources. This report attempts to follow up on another one published by PBI in 2006 on the impacts of mining operations in Guatemala, providing a broader perspective that includes other business activities to exploit natural resources in Latin American countries such as Guatemala, and specifically addresses the reality of Guatemalan indigenous women in this regard.
The Guatemalan government has favored the exploitation of natural resources by private enterprise in the country, by contrast with initiatives in other Latin America countries to preserve and recover those resources for local benefit under the control of the people. The Guatemalan government more often approves such mega-projects against the will of the people who are directly affected by them. According to information available on the website of the Ministry of Energy and Mines, about 400 mining permits were granted in 2009, 15 hydroelectric plants are up and running, and there are 20 more in the planning, most of which are ready to start up, for a total of 35. In addition, there are monoculture projects for the growing of oil palms, maize and sugarcane.
Indigenous peoples have consistently opposed these projects and mega- projects and have expressed that opposition in many forms over time. The key issue has always been the aforementioned cosmovision and territorialism of the indigenous peoples, which are necessary for their survival as a people.

10 years without war… waiting for peace

The first report by the PBI-Guatemala Project in 1998 on compliance with the Peace Accord on Strengthening Civilian Power and the Role of the Armed Forces in a Democratic Society included information on Phase I and part of Phase II of the Timetable for Implementation. At that time, only a year and half had passed since the Accords were signed and there were many expectations.We were all heavily involved in monitoring fulfillment of the Peace Accords and in promoting the spirit of the same.We knew that the challenge was a big one and that there were more than a few roadblocks. Ten years after the Peace Accords were signed, this second report attempts to provide an overview of the current state of compliance. It deals with such important topics as voter defeat of the constitutional reforms in 1999, which made it necessary to seek other ways to implement the commitments under the accords. In this report, we analyze the implementation of the aforementioned accord, as well as some of the stalled processes and setbacks. 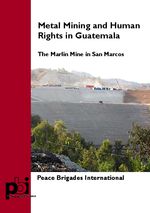 Starting in mid-2000, we began to receive international accompaniment petitions from Guatemala again. We conducted a preliminary investigation that showed a deterioration of the situation and, in some cases, a closing of the space in which human rights defenders were working. After several exploratory missions, PBI decided to reopen the project in 2002 to carry out accompaniment and observation work in collaboration with other international accompaniment NGOs. In April 2003, a new PBI office was opened in Guatemala City. At the end of 2003, the issue of metal mining came to a head on the national level. At the same time, harassment of environmentalists and grass-roots leaders working on this issue increased, which led to petitions for PBI to accompany various organizations and individuals receiving threats.

Interview with Eduardo García Franco (Ovidio), president of the “Nuevo Horizonte” Cooperative in the town of Santa Ana tells us about how the cooperative was formed and the challenges it faces today - We take a closer look at the general characteristics of El Petén and then focus on the human rights situation there as well as the state’s role in the department. - Between 6 and 8 December 1982, almost 140 people were killed in the massacre at Las Dos Erres. The quest for justice continues today. - Created in 1990, the Mayan Biosphere Reserve faces several threats today, including deforestation and forest fires, all of which is affecting the biodiversity of the reserve.