Campesino Committee of the Highlands (CCDA) of the Verapaces

Communities unionized in the Campesino Committee of the Highlands (CCDA) of the Verapaces struggle for their territory in spite of death threats and criminalization. Learn about the struggle of Don Lorenzo and Don Pedro of the Santa Elena Samanzana II community, Cobán, Alta Verapaz. 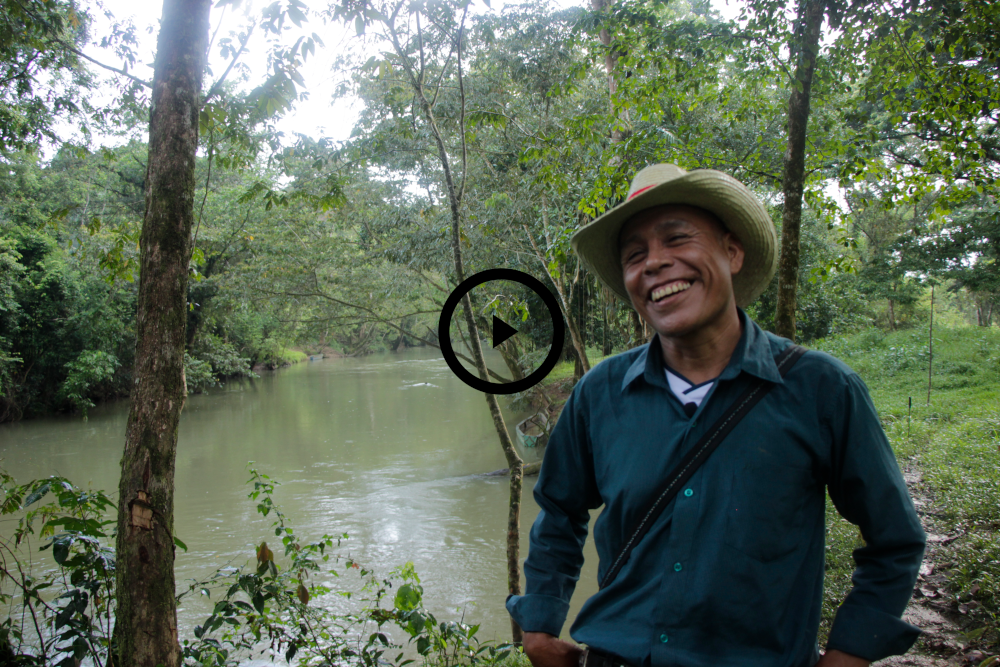 Departments of Alta and Baja Verapaz, the municipality of El Estor in the department of Izabal and the Zona Reina in Quiché

The CCDA is a peasant organization that accompanies and advises communities, mostly indigenous, that fight for access to land and ownership to create dignified living conditions in the face of eviction and dispossession of their lands where these communities have lived for many generations.

The CCDA is a peasant and indigenous movement with more than 36 years’ experience of struggle and resistance. CCDA is active in 20 departments of the country, accompanying communities that have been repressed and dispossessed of their lands, and thus find themselves involved in conflicts related to land ownership. CCDA provides communities with political training and access to state institutions that deal with agrarian issues. Its objective is to achieve a national agrarian policy.

The CCDA of the Verapaces accompanies some 150 Q'eqchi communities, supporting them in the resolution of conflicts related to the possession of the land they inhabit. To this end, they have established official talks with the Vice Presidency of the Government of Guatemala. In August 2017 they identified 41 cases where the population is most vulnerable and roadmaps for each community in conflict were created. CCDA also give workshops on gender equality and new masculinities. In addition, they offer psychological support and legal advice to the women in the organisation, about the rights that have been violated during violent extrajudicial evictions.

Throughout 2019 and 2020, defamations and acts of intimidation against CCDA - Las Verapaces members have increased. In particular, sexist attacks and death threats towards the organization's regional coordinator, Lesbia Artola, and the organizational facilitator, Imelda Tuyul, have intensified. Furthermore, it is important to highlight the critical situation of the communities accompanied by the CCDA, who constantly live under threat of evictions from non-state actors.

On October 30, 2019, Jorge Coc and Marcelino Xol Cucul, indigenous authorities and members of the organization, were sentenced to 35 years in prison. Following the ruling, the Unit for the Protection of Human Rights Defenders (UDEFEGUA) released a statement highlighting how “both defenders were criminalized by the Chilté Cooperative, a business from the Choctun Basilá village which has been dispossessing them of their territory as well as being involved in the murder of community leaders in the area. Once again, it is evident how the co-optation of the justice system and criminal law is used as a means of demobilizing and suppressing the defense of human rights in the country, particularly against defenders of the territory.”

Due to a series of killings (5 in 2018), repression and criminalization against the members of the CCDA - The Verapaces, they decided to send PBI a request for accompaniment, which we analysed and accepted. PBI began accompanying CCDA - The Verapaces in July 2018.

Themes:
Access to land and Defence of Labour Rights