In this documentary TZK'AT, the Network of Ancestral Healers of Territorial Community Feminism from Iximulew - Guatemala, shares its support to native women defenders of life in situations of political risk through healing as a cosmic political path and integral security measure. 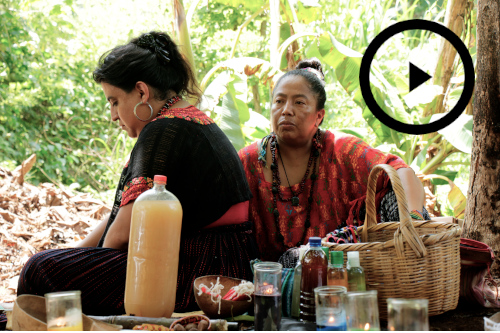 The organisation was formed by 10 women human rights defenders in October 2015. Many members are part of other organizations and movements in defence of the territory, the rights of indigenous peoples and women. These women defenders have a history of being politically persecuted, suffering stigmatization, death threats, territorial political displacement and criminalization as a result of their work in defence of these rights. Likewise, all of them have experiences of ancestral healing processes and in indigenous communities they work as healers, midwives, herbalists, etc.

PBI has accompanied the TZK'AT Network since February 2018. Lorena Cabnal has been accompanied since 2009.