Check ou this documentary that tells the story of the struggle of the community of La Primavera in the municipality of San Cristobal, Alta Verapaz, to recover the land on which they have lived for generations. Despite receiving land titles in 2015, the struggle faces new challenges. The community is member of UVOC. (Produced in 2021) 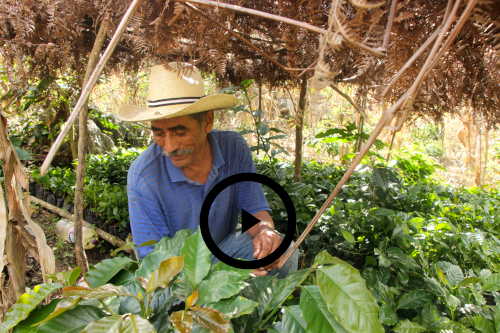 Since 2005 we have accompanied Union of Campesino Organisations of Verapaz (UVOC) and the campesino and indigenous communities that UVOC supports in their struggles for access to land. Among these communities we have provided special attention to those who live on the “La Primavera” plantation lands in San Cristóbal, Alta Verapaz.

The history of the maya poqomchi’ families that live on “La Primavera” plantation is an emblematic example of historical dispossession that indigenous peoples of Guatemala have lived. The population was exploited and impoverished during colonial times followed by laws passed during the liberal revolution at the end of the 19th century which expropriated their communal lands converting them into private property dedicated to large scale agro-export products. Deprived of their lands where they carried out their own social and economic reproduction, the indigenous population was an easy target for quasi-slavery for the new class of large agro-export landowners who were supported by legal instruments that guaranteed cheap labor for the coffee harvest. This practice made the indigenous families of the area tenant farmers at the service of the landowner. In exchange for their work, they were allowed to live on and use the land.

“From mother earth we produce, on her we walk, without land we cannot live…”

The maya poqomchi' families who live on the 1,425 acres of “La Primavera” plantation settled there as tenant farmers in 1799. They maintained a work relationship with the Azurdia family who were the plantation’s owners until the end of the Twentieth century. Although the documents that registered tenant farmers in “La Primavera” have been destroyed, there are several factors, including the testimonies of the families themselves, the size of the settlement and the fact that the State itself built a health center and school on the plantation. All of these things show historical permanence of the communities in this place. The families never received salaries nor benefits for their work which gives them a right to part of these lands. From the time of termination of the employment relationship, the families started a negotiation process to normalize the Ibenea property of the plantation through the Land Investment Fund with the support of UVOC. In this process of dialogue and negotiation aimed to normalize the situation of the land where they live, the families have had to face the appearance of new plantation owners who do not recognize the families’ right to permanence and tried to evict them from the property. This is the case of conflict with the Maderas Filitz Díaz, S.A. and Eco-Tierra companies. Maderas Filitz Díaz, S.A. cultivates and logs trees for commercial use while Eco-Tierra offers legal certainty of the land through loans. These companies have denied the existence of tenant farmer – landowner relationship and have accused the families of “La Primavera” of the crime of usurpation of land. This crime is included in the penal code and according to a UVOC lawyer they are using a tactic to criminalize the tenant farmers without property titles for plantations whose current owners want to vacate the land. This case shows a common situation in Guatemala in which the workers and families’ right to stay on a property that arises from a legitimate working relationship and this is violated when the property changes hands.

Insecurity and lack of protection while facing attacks, criminalization and threats of eviction

The poqomchi’ families have suffered threats and intimidation by private security guards from the companies who currently own the land. Also murders have gone uninvestigated by authorities. The companies have also tried to weaken the social movement by encouraging divisions within communities by promising legal certainty to those families who stand by the companies’ interests. In this conflict UVOC and the families of “La Primavera” have stated on multiple occasions the unsuitable role and even negligent role of the State of Guatemala in regards to developing strategies to prevent eviction of the communities. The competent authorities, Secretariat for Agrarian Affairs (SAA) and Land Investment Fund, have not encountered a solution to this conflict. The communities have lived a process of criminalization through penal accusations by individuals and the emission of arrest warrants for community leaders which have been out for months without acting on them. This has been a constant threat for those accused and has had negative implications for them to continue defending their right to land and decent housing. This has also had negative effects on their personal lives and the lives of their families.

The families of “La Primavera” have lived under the constant threat of eviction by public forces of the state since July 2004 when a judicial order has handed down. Although this is no longer applicable due to the injunction UVOC filed, it has been used by the business people involved in the conflict as a way to pressure the communities to resolve the conflict in their favor.

PBI accompaniment: helping the communities maintain the dialogue process to obtain legal security of their lands

Over the years “La Primavera” families have had support and legal counsel from UVOC and accompaniment from PBI during their search for recognition of their land rights through dialogue. In the last six years we have maintained a periodic presence in the communities on the plantation, observing the families’ situation and gathering firsthand information of the situation.

“There are defenders who are incarcerated in their own communities – they can’t go out due to arrest warrants out for them. If it weren’t for the visits from PBI to the communities where those leaders are – no one would know anything about the situation they are living” (Carlos Morales, UVOC coordinator)

We have accompanied UVOC’s lawyer, Jorge Luís Morales, and the criminalized communities to hearings on the case to guarantee due process. In addition on numerous occasions we have observed meetings and discussions with the SAA.

We have featured the struggle of poqomchi' families of “La Primavera” and the agrarian conflict in the Verapaces region in two articles and the video documentary “Tierra del Maíz” (see text box on page 10). On two occasions in 2012 and 2013, we alerted our network to the vulnerable situation of “La Primavera” families in face of threats against their physical integrity and a possible eviction from the plantation. In different meetings with the diplomatic corps we have provided information on the situation and requested attention and intervention on the case. In 2013 we facilitated a tour to Europe for Jorge Luís Morales who participated in international panels organized by the United Nations and the European Union speaking on the situation of rural communities in Guatemala and the violation of their right to decent housing. As a result of these activities, UN representatives and representatives from the Dutch, Norwegian, and German Embassies traveled to the Verapaces to meet with UVOC and “La Primavera” members bringing more international attention to the case.

“With the arrival of the Embassy people, they (community members) feel like they are being heard and they have international backing and advocacy with the government so that they can give in even if it’s just a portion of what we are demanding as a pueblo” (Sandra Calel, UVOC’s women’s group)

PBI’s work facilitated that UVOC be invited to a meeting with Grupo Filtro, European Embassy representatives in Guatemala, to speak about the situation of families on the plantation.

The aforementioned actions contributed that communities could maintain their commitment to a peaceful resolution of the conflict through dialogue, in a context where, at the same time, several other communities in similar situations were evicted.

At the beginning of 2015 the communities reached an agreement with the company Maderas Filitz Díaz, S.A. and the Azurdia family about the ownership of the land. One third of the “La Primavera” plantation or approximately 395 acres became property of the 279 families. In July of the same year land titles were handed out. In addition the agreement stipulates the withdrawal of the arrests warrants against community leaders. After 15 years of peaceful struggle and a commitment to resolve conflict through dialogue, the community has started a new path with a new community name, Cablajuj Beé. The communities continue to have the support of UVOC and PBI observation.